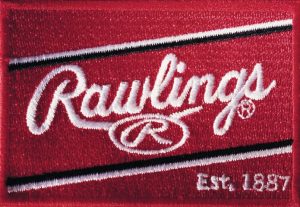 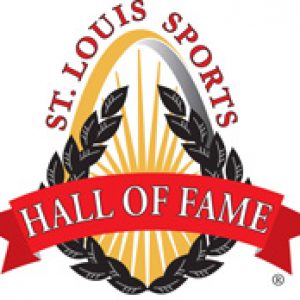 VIDEO OF THE MONTH

The mission of the St. Louis Sports Hall of Fame is to celebrate the history of sports
in St. Louis and to preserve that history for generations to come.

Over the past several decades, he produced television programs for the St. Louis Cardinals, The Big Eight Conference, the PGA tour, among others.

In 1993 he founded Spirit Sports and produced programs for CBS television and the NCAA. In 1998, he along with a group of investors, purchased radio station KFNS. The station changed the sports broadcast landscape of the St. Louis market.

Marecek’s greatest accomplishment and what he was most proud of was the founding of the St. Louis Sports Hall of Fame in 2009. He served as president from the beginning and was working on the next induction at the time of his death.

His passion for preserving the history of sports in the St. Louis area and honoring the top athletes was his legacy. The Hall has inducted 258 outstanding men and women at the annual induction dinners.

Greg is survived by his wife, Helen and three children, John Marecek, Leslie Marecek Thomas and Jennifer Marecek. He has six granddaughters.

ILLINOIS CLASS OF 2020 INDUCTEES AND HONOREES.
CONGRATULATIONS TO ALL!!! 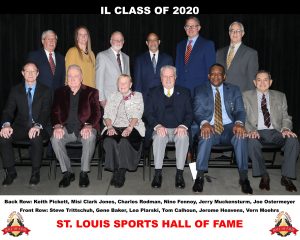